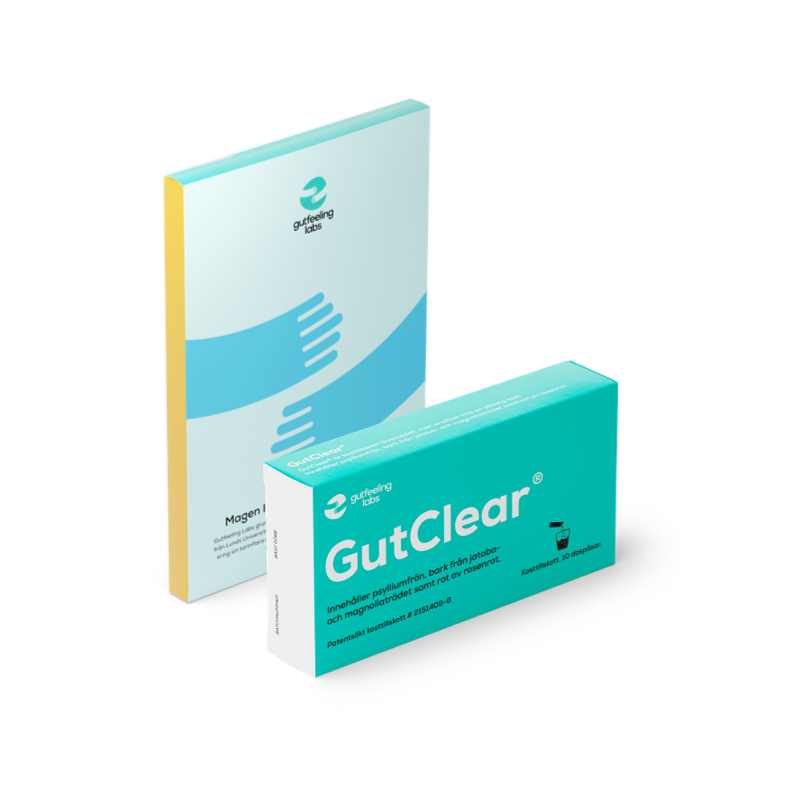 Gutkit is for you who want to get control of a sore and tense stomach and who want to know how you can improve your gut health.

Gutkit contains both our dietary supplement GutClear™, which can give the gut a restart, and our gut flora analysis with customized dietary advice based on your own gut flora profile.

This is how GutKit works
Regular price 2 330 SEK Sale price 1 190 SEK
including VAT.

Delivery to your mailbox 1-3 working days after ordering.

Many people with gut problems feel lost and have often tested various products and diets without results. We usually say that change always starts with knowing.

With SIBO, adding dietary fibers can actually increase your gut discomfort. With GutClear™ followed by dietary advise based on a gut flora analysis you take two easy steps towards a gut health.

When we talk about the gut flora being important and about the fact it is beneficial to have a large dose of bacteria in your gut, we mean the bacteria in large intestine, not the small intestine.

Reducing overgrowth of bacteria in the small intestine followed by a gut flora analysis can give you a “compass direction” for dietary advice that are beneficial for your gut flora in the large intestine.

Take a holistic approach to your gut health by taking a10-day course of GutClear™ followed by a gut flora analysis. Discomfort from the belly can often worsen with increased intake of a fiber-rich diet. Therefore, we recommend that you start by taking GutClear™ in order to reduce the amount of irritating bacteria in the small intestine. A subsequent gut flora analysis will give more relevant and useful dietary advice, since it is based on the bacterial flora profile mainly in the large intestine, where the majority of you gut bacteria should be located.

Delivery to your mailbox 1-3 working days after ordering.